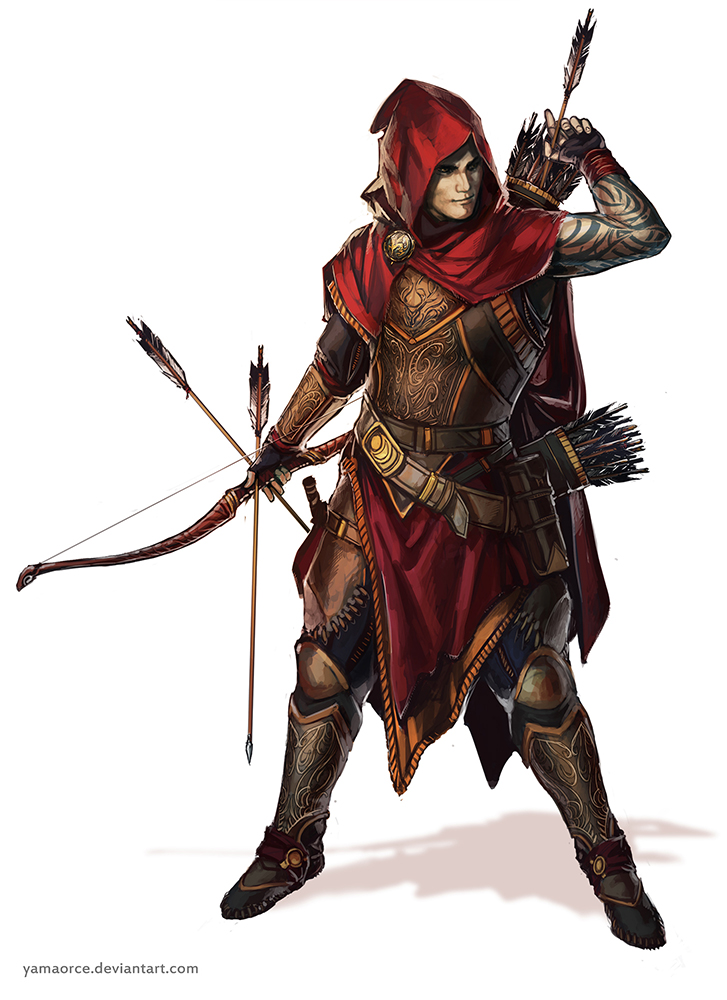 Next up is Thelisn. I wanted to play a character who was completely different from any others I’d played to that point. One class I’d never played before was a rogue. Enter Thelisn.

The above image is a good representation of what Thelisn might have looked like. Source:YamaOrce on DeviantArt

Thelisn was an outcast from the Elven homeland of Evereska. Well, not so much an outcast as one who rejected all things of his family, people and heritage and left of his own accord vowing to never return. He came across a band of refugees fleeing Cormyr. Their destination was the fabled city of Silverhall, on the Pool of Yevin in the Dalelands. There, in service to the Silver Queen, he would eventually find a home.

During their travels towards Silverhall, he came across a black sword called Darkfire, one of nine dark weapons known as the ba’althrils. These weapons, forged of an unusual black metal, are things of darkness and trouble throughout the Wyrmfang Chronicles campaign. The ultimate goal of the campaign is to use these weapons to destroy the Wyrmfang dagger, an evil weapon forged of a dragon’s tooth.

The ba’althrils, however, are dark and evil things themselves. Thelisn, like the swords previous owner Lief, fell sway to the weapon’s dark influence and turned against the party as they were arriving at Silverhall. Thankfully Thelisn was subdued and the weapon destroyed. And in time, with the help of the Silver Queen and the healers of Silverhall, Thelisn was restored to himself.

Eventually, the time arrived for the party to travel west and use the ba’althrils to destroy the Wyrmfang. His journey was cut short, however. When the party met a bodak Thelisn was slain by the undead beast. As happens with the bodak, Thelisn rose into undeath and became a bodak himself in the service of Gulthias, the vampire master of Nightfang Spire.

Instead of turning to evil, however, magics of protection that had previously been cast upon him by the Silver Queen to help free him from the influence of Darkfire allowed Thelisn to keep in control of himself and not turn to evil. He abandoned Gulthias and rejoined the heroes of Silverhall. He used his bodak powers in their service as they sought to destroy the vampire.

Unfortunately, being undead he had no means to repair his wounds in battle. He eventually fell once more to the servants of Gulthias in Nightfang Spire.