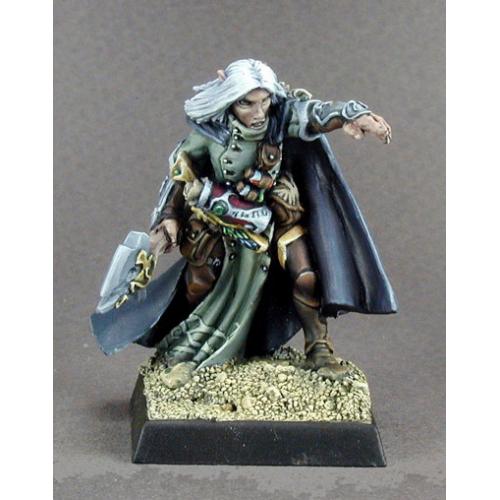 When I first joined the Wyrmfang Chronicles, my character was Storinthalasin. Storin was a Silvanesti elven fighter/magic user from the world of Krynn. He was assisting his master with a magical experiment and it went horribly awry. He ended up in the misty realms of Ravenloft. There he wandered for several years before coming across the party of adventurers. Not having found his way back to his own world of Krynn, he threw in his lot with this band of heroes.

He didn’t have a particularly long life. The party came afoul of dark magics that separated their spirits from their physical forms. When he found his physical form, it had been possessed by one of the Forsaken named Gohrn, who was using it to rule over a band of orcs (I believe. It’s been a lot of years since these events), keeping his physical form hidden from these elf haters.

While he fought valiantly to try and regain his form, it was a battle he eventually lost. He did, however, have the satisfaction of denying his body to the Forsaken, as his form was revealed during the battle and the orcs ripped it apart. His soul was last seen entering a new domain of Ravenloft being formed about the priestess Selena.